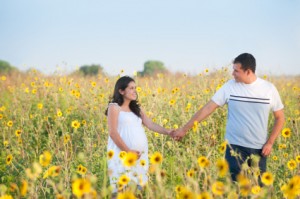 Itâ€™s all a lie! Well, maybe not a lie, but itâ€™s certainly not the truth. We have always heard that pregnancy is nine months. Then we get pregnant and we learn itâ€™s 40 weeks. Really, itâ€™s neither. Due dates are very rough estimates and only 4-5% of babies are born on their due dates (I tried to find an organizational reference on this but couldnâ€™t. There were many other references stating this estimate so I went with it).

So how did it come to be that we count pregnancy as 40 weeks? Itâ€™s called Naegleâ€™s Rule. Itâ€™s a method used for estimating a womanâ€™s due date that was developed by German obstetrician Franz Naegele. The date is determined by taking the first day of the last menstrual period (LMP), adding seven days, subtracting three months and adding one year. It was originally suggested by Harmanni Boerhaave, a botanist who in 1744 came up with a method of calculating the EDD based upon evidence in the Bible that human gestation lasts approximately 10 lunar months. The formula was then publicized in 1812 by Naegle and became the standard calculation. The problem with this calculation is that lunar months are actually 29.53 days so if you count lunar months (which is what the original Biblical reference was doing) then pregnancy is 295 days which is 15 days longer than the what Naegle suggested. His rule is based on what he believed and not empirical data.

There have been many studies on this topic. Most conclude that the average pregnancy, if left alone, will last until 41 weeks 1 day or eight days past the due date.The early in a pregnancy, the more accurate ultrasound is for determining gestational age.

The inaccuracy of ultrasound

We need to forget the whole 40 weeks of pregnancy rule!

This entry was posted in Preganancy. Bookmark the permalink.